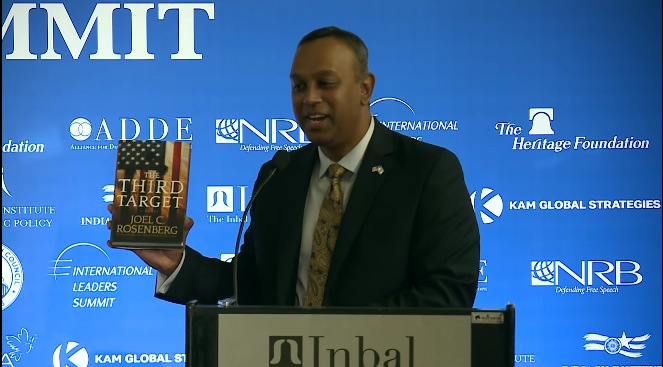 Despite years of warnings by intelligence agencies that radicalized Muslims would eventually emerge from the battlefields of Syria and Iraq to launch bloody attacks in the West, Europe has been blindsided by one of the most brutal terrorist atrocities in recent memory.

The coordinated attacks by three teams of ISIS terrorists in Paris on Friday sent shockwaves far beyond France, with the massacre of at least 129 people reigniting the debate around immigration after it was revealed that at least two of the attackers entered Europe posing as “refugees.”

The attacks also fueled debate over how to end the Syrian civil war, as well as over ongoing efforts to defeat ISIS on the battlefields of Syria and Iraq, the latter of which has seen several successes over the past few weeks.

But glaringly absent from the discussions are any serious attempts to understand the ideological motivations of the Muslim extremists, several of them French citizens, who carried out the worse terror attacks in France in a generation – including the first-ever suicide bombings on French soil.

That, says best-selling author Joel Rosenberg, is the reason such acts of terror are bound to repeat themselves.

Joel spoke to me prior to the attacks at the recent Jerusalem Leaders Policy Summit, and voiced concern that by failing to grapple with the apocalyptic ideology behind actors such as ISIS, Western states would never be able to decisively defeat them.

A jovial, somewhat self-deprecating character, Rosenberg – who worked for Binyamin Netanyahu during his failed prime ministerial bid in 1999, as well as Natan Sharansky – describes himself as “a failed political consultant,” but boasts a rather more successful career as writer, selling millions of novels highlighting the threat of radical Islam.

Today he lives in Netanya in northern Israel with his family, having made aliyah from the US last August at the height of Operation Protective Edge (though a practicing Christian, his father was Jewish, making him eligible for aliyah under the Right of Return). From there, he has continued his efforts to explain “the threats we mutually face as Israelis and Americans from radical Islam” – a threat he says he only fully appreciated after working with Netanyahu.

The current US administration is particularly hesitant to label the threat as it is.
“Obama refuses to even acknowledge radical Islam. Come on – really? At this stage in the 21st century you’re not even ready to acknowledge the ideology that is motivating these folks? That’s a problem.”

Days later, as the attacks in Paris unfolded, some criticized the US president for once again failing to mention radical Islam at all in his speech reacting to the massacre.

But beyond the relatively wide umbrella of “radical Islam” Rosenberg warns of a far deadlier threat.

“Radical Islam encompasses a wide range of groups… Hamas, the Muslim Brotherhood, Hezbollah, the Taliban, Al Qaeda – all of these are serious threats,” he noted. “But apocalyptic Islam is now the biggest threat. This is the Iranian leadership, this is ISIS.”

He argues that the hyper-messianic ideologies shared by both sides of the Shia-Sunni jihadist coin are unprecedented in the history of modern western civilization.

“Apocalyptic Islam is motivated by the idea that the end of days has come, that the Mahdi [Muslim messiah – ed.] is coming at any moment to establish a global Islamic kingdom or Caliphate, and that the way to hasten his coming is to annihilate two countries: Israel the ‘Little Satan,’ and America the ‘Big Satan,'” he explained, describing the messianic beliefs shared by both ISIS and the “Twelver Shia” sect which figures prominently among Iran’s leadership.

“But the western political class doesn’t want to even deal with the theological ideas that are driving the radical Islamists – let alone to explain the end of times theologies of two ‘nation states’,” he continued, referring to Iran and ISIS’s self-declared “Islamic State,” which encompasses huge swathes of territory in Iraq and Syria.

“Never in history have we had one, much less than two states, whose leaders are trying to force the end of the world,” Rosenberg noted.

While Jews and Christians also have their own beliefs in the “end of times” or the messianic age, the difference is that “we don’t believe we have to commit a genocide to bring about the end of times.”

While some strategic and doctrinal differences do clearly exist between Iran and ISIS – who are themselves mortal enemies – Rosenberg emphasized that the fundamental threat was essentially the same.

“Shia apocalypticism and Sunni apocalypticism are similar. Both believe the messiah is coming soon, that his kingdom is coming, they need to change their behavior to accelerate his coming… but the eschatology and strategies are different.

“ISIS’s strategy is to commit genocide today, because the goal is to build the caliphate, to force the hand of the messiah to come.

He disagreed with assessments shared by some experts that the Iranian regime, while extreme, ultimately functions as a rational actor, insisting their words, beliefs and actions only led to one conclusion.

“They’re not interested in negotiating something together with us – they’re taking a gift,” he said of the nuclear deal Tehran signed with world powers. “You’re giving us two paths to a nuclear bomb: if we cheat, or if we don’t cheat? OK we’ll take it!”

In the shorter term Iran might use its nuclear capabilities for more limited political goals such as “blackmail or to give a cover for terror,” he said.

But in the long term its goals were just as bloodthirsty as ISIS. In facing down both threats, the West must recognize it is facing a zero-sum game.

“For these guys killing is at the center of what they’re doing. When you bear that in mind making concessions isn’t just a mistake or misguided – it’s insane.”